Vodka is one of many different types of alcoholic drinks that have been derived from the fermentation of a wide variety of different foodstuffs that contain either sugar or starch. Most typically though, these include potatoes, rye, wheat or corn. The reason this is done is that the fermentation process will convert these sugars and starches into alcohol.

Following fermentation, it will then undergo the distillation process. Typically when making vodka this be down multiple times to ensure that the resulting beverage will have very high alcohol content. As such, it is not unusual to see higher purity vodka with labels displaying that the vodka has been distilled five times.

The result of all this work is that the distilled vodka will not only be very high in alcohol content but also lack any colour, aroma or taste aside from alcohol. As such, you may be wondering why people would wish to drink it. The reason for this is that the crispness of vodka is something that is very distinct within the world of alcohol. Additionally, it will also often be flavoured in a myriad of ways. Alternatively, it is also not uncommon to see vodka in mixed drinks such as lemonade, tomato juice or even beer.

Unlike with vodka, there isn’t technically one type of whiskey. In fact, the word whiskey is something of a catch-all term for a variety of different alcoholic beverages that are produced in an incredibly similar manner. The initial step being the “malting” of grains such as barley, wheat or grains. This is the process of soaking, growing and germinating the grain before making it into a mash.

Following this, like with vodka production, the grain mash will be fermented. The fermented grain mash will undergo distillation. However, it will not be distilled as many times as vodka. Additionally, once the whiskey has been distilled it will then be aged typically in smoked oak barrels for many months or even years. This ageing process being the distinguishing factor between whiskey and moonshine.

The result of which is that whiskey will often have a subtle grain flavour along with smokey and oaky notes. However, different types of whiskey will also bring in their own distinct qualities. Some examples of such include the following:

The Origins Of Vodka Vs. Whiskey

As mentioned above, both vodka and whiskey share similarities in their production. However, they also have distinct differences in methodology which show just how different they really are. The same is true for their origins though.

The reason for this is being that the word Vodka is derived from the Slavic word for water. Meanwhile, the word whiskey comes from the Gaelic phrase “usquebaugh,” which means “water of life”.

However, they do originate from very different cultures. Vodka for example originates from either Russia, Poland or Sweden. Additionally, it is said to have been created by a Russian Orthodox monk named Isidore in Moscow.

Meanwhile, whiskey first originated in Scotland. However, due to the broad array of drinks that come under the term whiskey, this drink has arguably transcended its origins.

The Differences Between Vodka And Whiskey

Of course, as we’ve explored above, there are some noticeable differences between whiskey and vodka. Along with some similarities. That said though, the origins and creation process for these drinks will be less important to you when deciding whether drinking whiskey or vodka will be more preferable to you. With that in mind then, when it comes to the differences between vodka and whiskey, some of the more important differences to most people are as follows:

As mentioned before vodka is doesn’t often have as strong of a flavour as from the aftertaste of alcohol. The reason for this being that the repeated distillation of vodka results in a very high alcohol purity. That said though, vodka can also be quite sweet due to the high levels of sugar in the core ingredients used for fermentation.

Meanwhile, whiskey is known for its distinctly oaky and smokey flavours. Additionally, with there being many different types of whiskies, the flavour of one may be noticeably different to that of another.

Once again, vodka doesn’t really have any aroma at all, aside from potentially that of alcohol. Meanwhile, whiskey will typically have a smokey, bitter, wood or caramel sweet scent to it as a result of the ageing process. 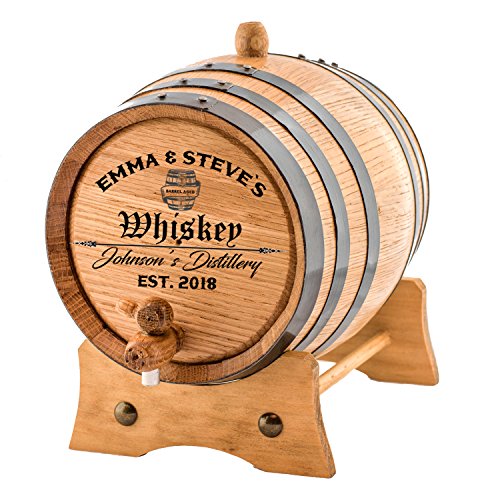 As mentioned above, there are a wide variety of different whiskies. Some of which include rye, scotch, irish or bourbon whiskey. Each of which has its own distinct characteristics. Additionally, it is not uncommon to see whiskey be infused with other flavours via infusion. Typically, these will include flavours such as honey, apples, cherries or an assortment of different fruits.

Vodka on the other hand doesn’t have many variations at all. In fact, the main varieties of vodka you are likely to see will be infused and plain vodka.

Vodka and whiskey are both types of alcohol that will commonly be used within cocktails. However, the contexts within which they will be used are quite different.

With vodka, the other ingredient or ingredients mixed in will be what provides the dominant flavour to the cocktail. Some good examples of such are Cosmopolitan, Bloody Mary, Dirty Martini and Moscow Mule.

On the other hand, cocktails that incorporate whiskey will use the whiskey as the dominant flavour. Some examples of such include the Manhattan, Old Fashioned and Whiskey Sour. 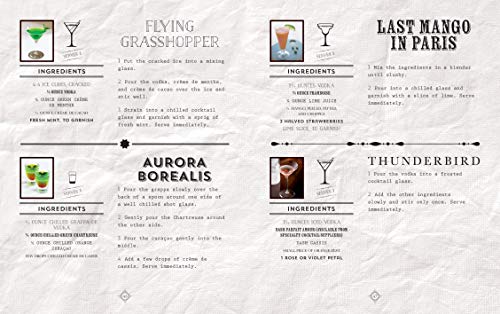 Of course, we all know that excessive alcohol consumption is bad for your health. However, in moderation, there are some health benefits certain types of alcohol can provide. This includes both vodka and whiskey.

Vodka for example is a great stress reliever and maybe even better at doing so than red wine. Additionally, it is very low in calories compared to other alcoholic drinks with a single measure only including around eighty-five calories. Additionally, it is also believed to be an anti-inflammatory, making it helpful for arthritis patients when consumed in moderation.

Meanwhile, whiskey whilst containing some fat, cholesterol and carbohydrates is still quite low in calories, with a single measure only containing one hundred and ten. Additionally, the antioxidants and phytochemicals found within it may be beneficial for those suffering from certain neurological conditions. Whilst its ellagic acid content may help to combat cancer.

Answered: Vodka Vs. Whiskey | What Are The Differences?

As established above, vodka and whiskey are two drinks that whilst they share similarities are in fact quite different. In particular, these differences are most noticeable in their, tastes, aroma, the range of varieties found for each drink and how they are used in cocktails. Additionally, their production methods and some of the potential associated healthy benefits also differ greatly.

With the above in mind, then you should now be well equipped to fully understand the nuances, differences and similarities between whisky and vodka. Now you’re ready to see how many shots of vodka it takes to get you drunk. Or indeed whiskey.

FAQ – Vodka Vs. Whiskey | What Are The Differences?

Is vodka more harmful than whiskey?

This is something of a contentious issue as depending on who you ask you will receive different answers. The reason being that some experts believe whiskey to be more dangerous due to the larger variety of ingredients. Meanwhile, others believe that vodka is more dangerous due to the lack of these other ingredients. Ultimately though, consumption within moderation will reduce most of the risks.

Does whiskey get you more drunk than vodka?

Whether a whiskey will get you more drunk than a vodka will depend greatly on the alcohol contents of each beverage. The reason for this being that there is no evidence that different alcohol drinks of the same adv will affect you in different ways.

Is vodka a healthier alcohol?

Vodka doesn’t contain any minerals or nutrients in a significant quantity. Additionally, it has quite a low-calorie content with plain vodkas typically having around eighty calories per single measure. As such, if you are looking for a more healthy alcohol variety then vodka may be your best bet. That said though, it should still only be consumed in moderation.