In the world of food and drink, there are plenty of examples of extravagant products and practices—one notable example of which is the use of gold flakes in cocktails or layered atop steaks. However, perhaps the most extravagant, ostentatious and arguably vulgar display of expense within this sphere is Isabella Islay whisky. Otherwise known as the most expensive whiskey in the world. But what’s the deal with this expensive bottle of whiskey? Why does such an expensive whisky exist? And what makes it so pricey? All this and more will be revealed below.

What Is Isabella Islay Whiskey?

Created by the Luxury Beverage Company in Scotland, the Isabella Islay Whiskey is a type of luxurious whisky that is created in Scotland. Within a fine English crystal decanter which is made with the finest British craftsmanship is a very old and well-aged single malt scotch whisky.

This old single malt cask whisky is described by the company itself as having a wood smoked and hot-buttered-toasty soot. Along with a mouthfeel that is silky and smooth mouthfeel and notes of barley. Meanwhile, the texture is one that is described as having refinement, grace, plush and delicate.

How Much Is Isabella Islay Whiskey?

With the above in mind, along with its reputation as potentially the most expensive beverage product in the world you may of course be wondering just how expensive Isabella Islay whisky is. Well, you may just want to sit down. The reason for this is that an individual Isabella Islay bottle will set you back a cool six million and two hundred thousand dollars. This equates to around three million and eight hundred thousand dollars.

Meanwhile, there is also a less expensive Isabella special edition. Bottles of which are noticeably less extravagant whilst still being incredibly luxurious. Price wise though, a bottle of Isabella special edition will still set you back around seven hundred and forty thousand dollars. Which equates to around four hundred and fifty thousand dollars.

Why Is Isabella Islay Whiskey So Expensive?

So of course you may be wondering why on earth this type of whiskey is so expensive. Now, of course, this is not something that can be found in the typical beverage market. Especially with it having a price tag of $6.2 million dollars. What though, is the reason for Isabella Islay whiskey being so expensive though?

Now, of course, part of this will come down to the fact that the whiskey within is of particularly fine quality. Additionally, it is also incredibly rare, leading to the price being bumped up as a result. However, a major contributing factor to the price of whiskey will also be the bottle it comes in. 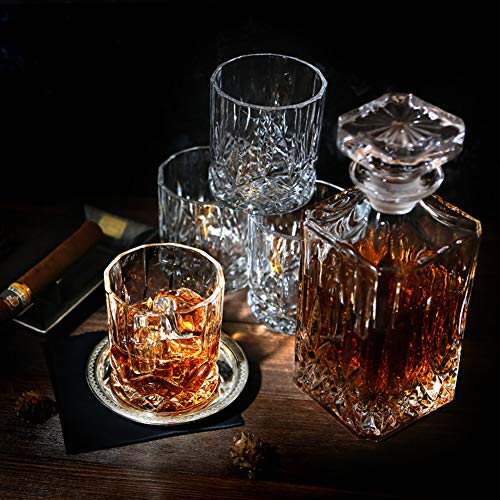 Now, the cause of why the bottle will have such a massive impact on the price of this whiskey becomes very clear once you see it or hear a description. To say that this bottle or decanter is incredibly decadent would truly be an understatement.

The reason for this is that the decanter itself will be made from the finest crystal which is covered in over five thousand diamonds, two hundred and fifty rubies and a coating of nearly two bars of white gold. Each bottle is also somewhat unique as the diamond lettering on it can be customised by the buyer. Additionally, each bottle also comes in a beautiful wooden display case with a red internal lining.

Isabella Islay’s manufacturer itself celebrates the fact that the decanter itself contributes so much expense to this whiskey. This is clearly seen in how they describe it as being “more than just whisky, it is a sacrosanct union between some of the world’s finest craftsmanship, fanatical attention to detail and handmade and boutique quality in every facet of the design, manufacture and presentation.”

Isabella Islay is perhaps the most expensive whiskey that the world has ever known. However, it is not the only brand of whiskey which is known for its eye-watering price tag. In fact, it isn’t uncommon for many different brands of whiskey to be worth hundreds of dollars a bottle. However, even these will look like a cheap bottle shelf variety in comparison to some of the other most expensive whiskies out there. Some of which include:

So Isabella Islay, a whiskey with a seven-figure price tag is something of an extreme outlier, even within the world of extremely high-end whiskey. However, its own producer is proud to admit that the reason for such an eyewatering price tag is as much a result of the decanter it comes in as it is to do with the whiskey itself. With that in mind then, not many of us will be willing or able to stump up the six point two million dollar cost. Fortunately, however, there are still plenty of other delicious whiskey options.

Why is Isabella Islay whiskey so expensive?

Isabella Islay whiskey is expensive due to a combination of a high-end single malt scotch whiskey and its extravagant container. Each decanter itself is made from the finest crystal which is covered in over five thousand diamonds, two hundred and fifty rubies and a coating of nearly two bars of white gold. They are all also somewhat unique as the diamond lettering on each decanter can be customised by the buyer. Additionally, each bottle also comes in a beautiful wooden display case with a red internal lining.

How much is Isabella’s Islay?

What is Isabella Islay?

Isabella Islay is a single malt scotch which holds the distinction of being the most expensive whiskey in the world. The reason for this is a combination of high-quality whiskey and an extravagant, diamond, ruby and white gold plated crystal decanter that acts as the bottle.

How old is Isabella Islay whiskey?

Isabella Islay whiskey is something of a newcomer to the whiskey world with the brand only being around since 2010 making it just over a decade old. During that time though the company has made waves due to the extravagance of the decanters, its whiskies come in. However, whilst definitely high-end, less is said about the whiskey itself typically.