Whiskey On The Rocks: What Is It? How Do You Drink It?

When it comes to drinking whiskey, a commonly heard term is the phrase whiskey on the rocks. In fact, it isn’t uncommon to hear it requested in bars, pubs, restaurants or any other establishment where someone could order and drink whiskey. However, if you’re new to whiskey or alcohol in general then you may be wondering, what is whiskey on the rocks? And how do you drink it?

What Is Whiskey On The Rocks?

To put it simply, whiskey on the rocks is a phrase that is used to describe whiskey poured over some ice cubes. When doing so though, you would not add any other ingredients or a mixer such as coke to the glass. As such, for those who just wish to drink whiskey without any additional flavours on the rocks is a good option. Another being to drink it neat or without anything else added, including ice.

The Pros And Cons Of Whisky On The Rocks

Whilst, drinking whiskey on the rocks is a great way of enjoying some Scotch whisky or high-proof bourbon whiskeys, some whiskey purists will always champion drinking them neat instead. The reason is that whilst the addition of ice will not introduce any new flavours to the drink it will alter the existing ones. As such, in order to understand the true nature of a whiskey, purists argue that one should drink it neat. That said though, there are a myriad of positives and negatives to drinking whiskey on the rocks rather than neat. 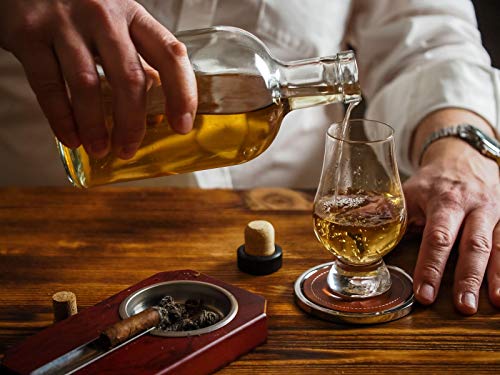 The Positives Of Whiskey On The Rocks

As mentioned above there are some benefits that are gained from drinking whisky on the rocks. Of course, like with a lot of things alcohol related this is a subjective matter, however, I personally like to sometimes drink whiskey this way. Some reasons for doing so include the following points:

The Negatives Of Whiskey On The Rocks

As mentioned before many whiskey purists are not a fan of the idea of drinking whiskey on the rocks. However, this isn’t due to some form of elitism though. In fact, there are many very compelling reasons why whiskey should be served neat instead. Some of which include the following points: 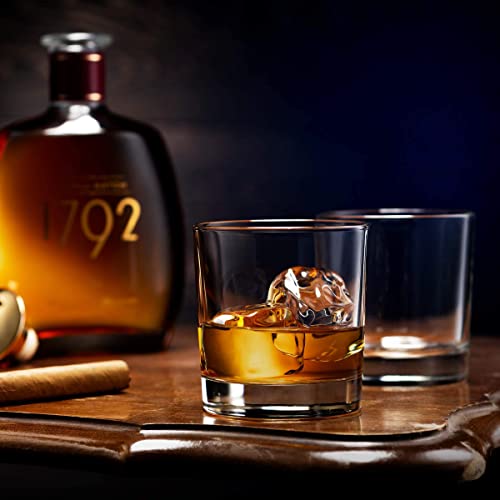 How To Make Whiskey On The Rocks

Making whiskey on the rocks is incredibly simple. Really all you need is your whiskey of choice, some ice cubes and a glass. However, to get the best out of the experience there are some things that you should consider.

Firstly, the ice. Now, this may sound odd but not all ice is made equally. In order to avoid it quickly diluting your whiskey, one or two large ice cubes are recommended. The reason being that they will thaw more slowly. Additionally, clear ones made with distilled water will melt even more slowly and not introduce any impurities to the drink. Speaking of which, if you intend to use ice with whiskey or indeed any other drink, it should be kept sealed and replaced regularly to avoid it soaking up odours from nearby food. Additionally, the longer you keep ice the more crystalised it will become, meaning it will thaw more quickly.

Secondly, using the right glass will enhance the drinking experience. In particular, a whiskey glass, otherwise known as a rocks glass, lowball glass or old-fashioned glass is what you’ll want. The reason for this being that its shape will help funnel the aromas of whiskey more effectively to your nose as you drink. Thereby providing the drinker with the full whiskey drinking experience.

Alternatives To Whiskey On The Rocks

Now of course, if you wish to achieve some of the effects of whiskey on the rocks without diluting your whiskey with ice, then there are some options you can employ to accomplish this. Each of which is something that is simple to do at home. However, when out in public you may find them impractical to do. With that in mind then, some of the alternative options available include the following possibilities: 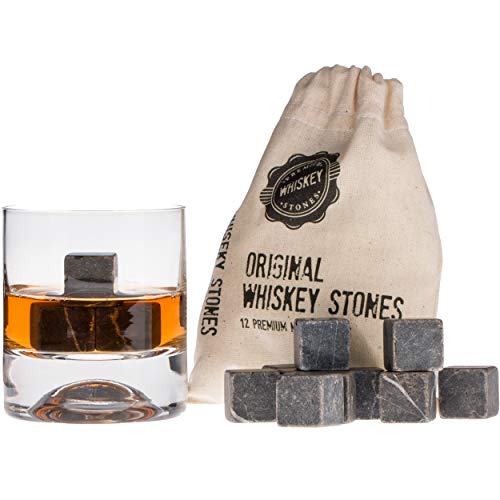 Answered: Whiskey On The Rocks: What Is It? How Do You Drink It?

So as we now know from the information above, whiskey on the rocks simply refers to whiskey that is served with nothing but ice. When you do so, to get the best out of your whiskey, large ice cubes and an old-fashioned glass are recommended.

That said though, some people will prefer to have their whiskey neat for a myriad of reasons. Most notably though, they may wish to drink whisky without it becoming diluting as the ice melts. As such, alternative options to serving it on the rocks such as whiskey stones, chilling the glass or serving it alongside a back of some sort are great ways to get the best of both worlds.

Either way though, no matter which option you choose, all are valid ways of drinking whiskey. This being true when you drink whisky neat, on the rocks or even with a mixer. The reason being that ultimately, the decision will primarily come down to your own personal preferences.

FAQ – Whiskey On The Rocks: What Is It? How Do You Drink It?

Is whiskey good on the rocks?

Drinking whiskey on the rocks is an excellent way to do so. The reason being that it provides a more chilled whiskey experience that will also potentially free some of the more subtle aromas and flavours within. Additionally, it is a good way of taking some of the edge off from whiskies with a strong alcohol flavour. That said though, too much ice, or drinking too slowly may lead to the flavour becoming overly diluted by the melted ice.

What does whiskey on the rocks mean?

Simply put whiskey on the rocks means serving whiskey without any mixer and instead only a few cubes of ice. The benefits of doing so are that you get to enjoy the tastes and aromas of a whiskey without any additional flavours. Additionally, it is a good way of taking some of the edge off from whiskies with a strong alcohol flavour. That said though, too much ice, or drinking too slowly may lead to the flavour becoming overly diluted by the melted ice.

Should whiskey be drunk neat or on the rocks?

There are definitely some benefits to be gained from drinking whiskey either way. When drunk neat, you will get a more pure experience which isn’t diluted over time as the ice melts. However, the cooled whiskey will typically be more refreshing. Additionally, reducing the temperature may release some of the more subtle aromas and flavours within the beverage whilst also subtly taking some of the edge off from whiskies with a strong alcohol flavour, or ones that give a burning or gut rot sensation. That said though, too much ice, or drinking too slowly may lead to the flavour of whiskey served on the rocks becoming overly diluted by the melted ice.