One of the most popular alcoholic drinks that you can get in this world is whiskey. Whether it’s a Scotch whisky, Irish, American, or even Japanese whiskey, there are a wide variety of potential possibilities within just this one specific part of the liquor landscape.

That said though, if you are unfamiliar with whiskey drinking, then you may find yourself slightly overwhelmed. Especially since even something which seems simple, like “what does whiskey taste like” can actually be quite a complex question to answer. Don’t worry though, as everything you need to know can be found below.

If completely unfamiliar with drinking alcohol, on the whole, you may have absolutely no idea what whiskey really is. As such, it can be easy to assume that one whiskey is the same as any other.

However, different types of whiskey are actually incredibly different from one another. This being to the point where the term whiskey itself can be argued to be something of an umbrella term for multiple similar yet distinct drinks.

Simply put though, the main thing that defines a drink within the whiskey category is the methodology used to make the drink itself. These steps are to use grains as the primary ingredients to first create a decoction mash and then ferment, distill, and finally barrel age the whiskey. As such, there are variations in how certain parts of the process may be conducted, especially so with aging, which lead to different final products.

With the above in mind, inevitably, whiskey can have a wide variety of different flavors and aromas. Additionally, the mouthfeel of different whiskies can also vary quite significantly. This depends on the type of whiskey and the variations in the technique used for its creation. That said though, some of the more common characteristics used to describe whiskey tastes are as follows:

Whiskey Compared to Other Alcohols

The Different Types of Whiskey

As mentioned above, there are a wide variety of different types of whisky available on the market. Each of these provides there own unique flavor profiles. As such, due to the diverse array of possibilities, it can be argued that whiskey is really an umbrella term for a variety of drinks. A fact that is complicated further by the existence of multiple whiskey varieties. With that in mind then, the different types of whiskey you’re likely to encounter include the following varieties:

The origins of whiskey can be traced back to the Scottish. As such, Scotch whiskey is very much a very popular variety. Albeit one that some may find to be something of an acquired taste. Although, the smoothness that Scotch is known for is something that no one can really deny.

Flavour-wise, scotch whiskey is typically characterized by a distinct smokiness from burning peat moss to drying the barley mash before it is fermented. Additionally, Scotch whiskey is known to frequently incorporate malted rye, spicy and buttery flavors along with a variety of other tastes.

A variation of Scotch that uses a malted barley mash as its foundation. The result of which being a more prominent barley flavor which makes malts have a woody oaky feel.

Of course, the smokiness that another scotch whisky is known for is also still there. However, with malt whiskeys, this is often more understated. Additionally, when blended, the earthy and smokey notes of malt whiskey make for a great contrast to other present flavors.

Often compared to Scotch, in particular, blended Scotch whisky, the Irish variety does share some similarities. Some of these include the potential smokiness or barley notes.

However, Irish whiskey is distinctly sweeter for the most part and often emphasizes flavors such as caramel. Additionally, Irish whiskey is often incredibly smooth, even when compared to scotch. This being due to the common practice of double or triple-distilling Irish whiskey. 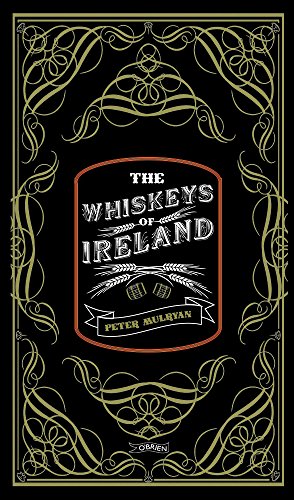 The most iconic variation of all American whiskey is, of course, bourbon. This is a variation of whiskey produced in the United States that will be derived from a corn-based mash. As such, this type of whiskey will often be noticeably sweeter than Irish, Malt, or Scotch whiskey varieties.

Additionally, the sweetness of bourbon is often emphasized with flavor notes such as caramel, fruits, and cinnamon. The latter of which combines with the burn of these whiskies to give many bourbons a bit of extra kick.

Named for primarily using wheat in the primary grain for their initial mash. These types of whiskey have something of a bread-like flavor to them as a result of wheat being the primary grain.

However, that doesn’t mean that wheat whiskies taste like a liquid loaf. No, instead, they are known for their layered added flavors, including toffee, honey, spice, vanilla, and many more. Additionally, these types of whiskey will also be a wonderful choice for those looking for a smooth whiskey that practically glides down your throat.

Like with wheat whiskey, rye whiskey gets its name from the fact that it incorporates predominantly rye grains in the initial mash. Typically these will also be mixed with malted barley and some other grains.

The result of this is that the rye whiskey taste is notably fiery and aggressive. However, it is also distinctively refreshing. That said, they will often have incredibly nuanced flavor profiles, including pepper, spice, oak, caramel, vanilla, and some subtle smoke. 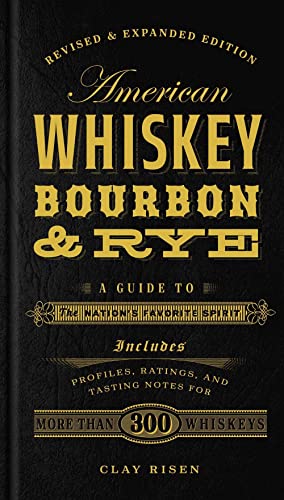 Heavily influenced by the flavors and techniques used for making Scotch whiskey, Japanese whiskey is, as a result, strikingly similar to its forebear. However, the Japanese have tweaked the methodology somewhat by being double distilled.

The result of this is a whiskey that is smoother and finer whilst also being dryer. The latter of which is balanced out somewhat by the inclusion of citrus or honey. Additionally, the use of Mizunara or Japanese oak during the aging process is responsible for creating extra smokey and oaky flavors.

American whiskey is something of an umbrella term for different whiskey types made within the United States. They include rye malt whiskey, malt whiskey, wheat whiskey, bourbon whiskey, and corn whiskey.

Now, these are quite diverse. However, in general, American whiskey tends to be sweeter than something like scotch whiskey and has more of an emphasis on added flavors. Some of these include cinnamon, maple syrup, and brown sugar notes.

Canadian whiskey is quite reminiscent of bourbon. However, it will typically use wheat for the grain mash instead of corn. The result of which being a noticeably smoother and lighter whiskey-drinking experience.

Additionally, it is not uncommon for Canadian whiskey to be blended during the aging process. The reason for this is so that the flavors pop properly.

Again the process for making Tennessee whiskey is remarkably similar to that of creating bourbon. However, the unique Lincoln county process employed when making this whiskey causes it to have a superior smoothness.

This process is to charcoal mellow the corn mash slowly and precisely. Following this, when ready for aging the Tennessee whiskey will be aged slowly in European oak barrels.

As established above, when it comes to identifying what whiskey tastes like, the answer is more complicated than you’d initially think. That said, it will typically have a base flavor of subtle maltiness and alcohol, and is commonly smoked. Atop of which flavors notes such as fruits, vanilla, spice, salt, and floral traits along with many more will also be detectable. As such, if you don’t like your first whiskey, it’s highly recommended to try something different. After all, if you don’t, then you could be missing out on your new favorite liquor.

How would you describe the flavor of whiskey?

The flavor of whiskey can vary greatly between different categorizations or even distilleries. That said though will typically have a base flavor of subtle maltiness, alcohol, and commonly smoke.

Is whiskey sweet or bitter?

Whether whiskey is sweet or bitter can vary greatly depending on the type of whiskey or distillery in question where it was made. That said, though, it is more common for whiskey to have a sweet taste than a bitter one.

Why does whiskey taste good?

Many different factors go into making whiskey delicious. These range from the grains used to make the mash, how it’s dried, the distillation process, the aging process, and if any extra ingredients are infused in the whiskey itself.

Should you drink whiskey straight?

Drinking whiskey straight is highly advised to at least try drinking it straight. This being so, you appreciate the full diverse flavor profiles that many whiskies have. However, if you have yet to get accustomed to neat spirits, then drinking whiskey with a mixer on the rocks is perfectly valid.