The Difference Between Scotch And Whiskey

First, let’s define what we mean by scotch and whiskey. Scotch is a type of whiskey that is made exclusively in Scotland from malted barley, water, and yeast. It must be aged for a minimum of three years in oak barrels, and also be made in a specific way, using traditional production methods that have been passed down for centuries. 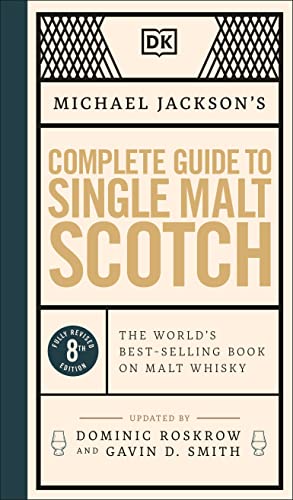 The Key Differences Between Scotch and Whiskey

Now that we’ve defined the different definitions of scotch and whiskey, let’s take a closer look at some of the key differences between these two types of spirits. Now of course in many ways, there are similarities between the two. However, there are also key ways of distinguishing these two terms and how they are related to their respective drinks:

As mentioned, scotch is made exclusively from malted barley, water, and yeast, while whiskey can be made from a variety of grains. This means that the flavors of scotch and whiskey can vary significantly based on the types of grains used. For example, bourbon has a sweeter flavor due to the high corn content, while rye whiskey has a spicier flavor due to the high rye content.

The production process for scotch and whisky also differs in a number of ways. First, scotch must be made in Scotland using traditional production methods, while whiskey can be made anywhere in the world. Additionally, scotch is traditionally made using a pot still, which is a type of distillation equipment that allows the distiller to create a more complex and nuanced flavor profile. Whiskey, on the other hand, can be made using either a pot still or a column still, which allows for a more efficient and faster production process but can result in a simpler flavor profile.

The aging process for whiskey and scotch is also quite different. Scotch must be aged for a minimum of three years in oak barrels, while whiskey does not have a minimum aging requirement. In addition, scotch is often aged for much longer than whisky, with some types of scotch being aged upwards of 20 years or more. The longer aging process results in a smoother, more complex flavor profile.

The differences in ingredients, production process, and the aging process all contribute to the distinct flavor profiles of scotch and whiskey. Scotch tends to have a richer, more complex flavor due to the use of malted barley and the long aging process, while whiskey can have a wide range of flavors depending on the type of grains used and the aging process.

Finally, the price of scotch and whiskey can vary significantly due to the differences in ingredients, production process, and aging. Scotch is typically more expensive due to the long aging process and the use of traditional production methods, while whisky can be found at a wide range of price points depending on the type and quality.

So What Makes Scotch Whisky So Special?

In short, Scotch is a type of whiskey with very ancient roots and is a variant of whiskey with a protected geographical food and drink name. This means that only whiskey made in Scotland with traditional methods can truly be classified as Scotch whisky.

In particular, Scotch will be made from malted barley, water, and yeast with any other ingredients being supplemental only. As such, it is known for its distinct, rich, complex flavor, which is achieved through a combination of carefully chosen ingredients, traditional production methods, and a long aging process. The use of a pot still in the production process, as well as a minimum aging requirement of three years in oak barrels, contribute to the smooth, refined taste of scotch. Its popularity among whiskey connoisseurs around the world is due in part to its unique flavor profile and the care that goes into its production.

That said though, there are a variety of different types of Scotch whiskey that exist. A couple of the more popular variants are single malt Scotch whisky and blended malt whisky. If you’re after some deliciously smooth scotch suggestions then we can help you make a choice right for you.

The Different Types Of Whiskey

As you may have gathered, whiskey is something of an umbrella term for a variety of different but somewhat similarly made drinks. With that in mind then, it will be of no surprise that there are many different types of whiskey, each with its own distinct flavor profile and production methods. Here are a few of the most common types of whiskey:

The Difference Between Scotch And Whiskey

In conclusion, Scotch and whiskey are two distinct types of spirits with a number of key differences. While both are made from grains that are fermented, distilled, and aged in oak barrels. As such, due to this, Scotch is a very specific type of whiskey whilst whiskey is more of an umbrella term.

Overall, the flavour profile of whiskey can vary significantly depending on the type of grains used, the production process, and the aging process. Experimenting with different types of whiskey can be a great way to discover new flavours and find the one that best suits your taste preferences.

FAQ – Scotch Vs. Whiskey: What Are the Main Differences?

Which is better Scotch or whiskey?

Truly this is something that comes down to preferences. That said, typically Scotch will be smoother than other types of whiskey so should be chosen if that is a priority for you.

Is Jack Daniels a Scotch or whiskey?

Jack Daniels is not a type of Scotch whiskey. Instead it is a type of bourbon whiskey.

What makes a whiskey a Scotch?

To be classified as scotch, a whiskey must be produced in Scotland, made from water and malted barley, aged in oak barrels for at least three years, distilled using pot stills, and bottled at a minimum of 40% alcohol by volume (ABV).