Within the world of alcohol, there are a wide variety of different types of drinks that are available on the market. Some of these have storied histories which go back thousands of years whilst others are merely decades or centuries old. One such example of this is the English porter and its many subsequent varieties. Naturally though, if you are a fan of alcohol and homebrewing you may be wondering how a porter is made. If so don’t worry because the perfect porter recipe can be found below.

What Is A Porter?

If you are entirely unfamiliar with a porter or haven’t had many then you may be unsure of just what this type of drink this actually is. Simply put this is a variant of dark beer created in England during the early eighteenth century. However, it wasn’t just popular amongst the English as the recipe for this new type of drink soon crossed the ocean to the American colonies where it remained popular even after the revolutionary war.

The Profile Of A Porter

To the untrained eye, porter may be easily conflated with other dark beers such as stout, Guinness or even some darker varieties of bitter. However, whilst the differences between these drinks are often heavily debated, they are often considered to be distinct drinks within their own rights. With that in mind then, when drinking a porter it should be able to be identified quite easily if attention is paid to the following traits:

The flavor profile of a porter can be quite diverse as it is not unusual for a porter to be made from multiple types of dark malts and light/pale malt. The result of this is that the porter will have a medium to strong flavor profile with a coffee or chocolate malt flavor being present. Additionally, the use of darker grains used to brew porter will provide sharpness without making it taste harsh, burnt, or acrid. Meanwhile, the darker brown malt or black malt will provide medium to high levels of bitterness.

This bitterness though is often balanced out by the hops used in a porter. The reason is that they will provide resins, earthy, or floral flavors to the malt. Meanwhile, fruity esters if present at all will only be quite moderate. The result of this is a diverse set of dark beers that range from dry to medium-sweet.

Like its flavor, the aroma of a porter beer is both layered and diverse. The English beer style brown porter is characterized primarily by the medium to light dark malts which provide a malty and slightly burnt aroma. Additionally, notes of caramel, coffee, chocolate, bread, graininess, and toffee.

In terms of aroma hops also provide a similar balance of resin, earthy, or floral smells to that of the porter’s undercurrent flavor. Here the hop aroma can vary wildly from quite low intensity to rather high. In particular, with American porter, the practice of dry hopping will often intensify the hop aroma.

When you drink a porter, you should expect a beer that is between medium and medium-full bodied in terms of mouthfeel. Due to roasted malt grains present, you may notice some slight astringency, characterized by pungent, tingly, and drying sensations. However, this sensation will not be overpowering on the palette. Finally, the levels of carbonation present can vary quite widely from relatively low to quite high.

The appearance of a porter can vary somewhat in color. In particular American porter can vary from dark brown to black whilst English varieties can cover a wide spectrum of browns or be black. Either way though, when held up to a light source you should notice that a porter beer will have highlights of mahogany ruby colors present.

Additionally, despite the dark coloration that characterizes a porter, the clarity should be good. Meanwhile, the head retention will be good to moderately good whilst the color of the head will be mocha colored.

When pairing a porter with food dishes, typically richer, meaty, fatty, roasted and smokey dishes are your best options. In particular proteins such as barbecued meat, sausages, blackened fish or cuts of steak are a great choice. When pairing with cheeses cow cheeses such as gruyere or tilsit are great choices due to their rich profile, mild taste and nutty undertones. Meanwhile, for dessert, dishes that heavily include ingredients such as coconut, peanut butter or chocolate will pair particularly well with a porter.

As alluded to above, porter beer is often spoken about within the same category as another dark beer variety. That being stout. Now, of course, there are some obvious similarities between the two from a purely aesthetic standpoint.

However, the terms porter and stout are often used interchangeably and truly have been for as long as dark beers have existed. One such example of this stout/porter conflation is by the company Guinness. This is how their Guinness Extra Stout was originally known by the name Guinness Extra Superior Porter.

That said, when you ask for a brewer’s perspective, they will likely have a defined difference between these two types of dark beers. This is whether the dark beer variant contains a decent amount of roasted barley. As such, typically, a porter will not contain roasted barley, meanwhile, a stout will contain it.

That being said though this isn’t universally true as many porter beer recipes will also contain roasted grains such as barley. Additionally, the initial London ale porter recipe was a blend of different beers. As such, many of the “rules” around what defines a porter beer recipe from a stout or any other variety of dark beer are somewhat flexible.

The Different Types Of Porter

When it comes to pretty much any alcoholic beverage there will pretty much always be at least a few different varieties. This is often true with subcategories of different drinks as well. As such, it should be of little surprise to discover that there is more than one type of porter in existence. Some of the more commonly seen types of porter include the following possible options:

Making Your Own Perfect Porter Recipe

When it comes to any type of homebrew it is natural for you to want to put your own spin on things. As such, the recipe included here will be a great option for a classic porter that will be delicious but if you are more confident may be subtly modified to your own taste preferences. Additionally, this recipe will be for an ale-based porter since they are both more common and easier to make, especially in a homebrewing context. 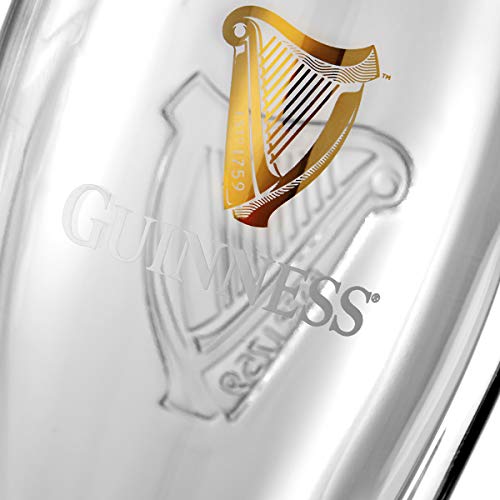 Of course, before making a porter you will need to gather appropriate ingredients. Naturally though, when making a porter, there are many variations you can choose from. As such, below are the ingredients for two popular varieties of porter, these being American/robust porter and the English/brown porter:

Now you’ve decided on the type of porter that you’ll be making and acquired the necessary ingredients it’s time to start brewing it. With that in mind then, to do so follow the steps outlined below:

Porter is truly a unique form of dark beer with a long history and many different variations. Two of the most popular of which are the English brown porter recipe and the more modern American porter recipe. As such, the above information should provide the perfect outline for the creation of your very own porter. With that in mind then, what are you waiting for? It’s time to start brewing!

What malt is used in porter?

The types of malts used in the brewing process of porter can vary depending on the style of porter being made. That said, the original porter recipe would use one hundred percent brown malt, as such brown malt is still used as a foundation today with other types of malt being used in addition. That said, some traditionalist porter brews such as London porter from fullers stick to just brown malt.

What is a good yeast for a porter?

Depending on the variety of porter you intend to make, lager or ale yeast will be more appropriate to use. That said though, in the majority of cases a porter brewing recipe list will call for ale yeast as most porters are classified as ales. With that in mind then a good quality English or American yeast will be an excellent choice when brewing a porter.

How long should primary fermentation be in a porter?

The fermentation time for a porter can vary depending on the environment in which it will be fermenting in. However, at average room temperature (around twenty degrees celsius or seventy degrees Fahrenheit) the fermentation process should take approximately one week to complete.

How do they make porter beer?

Like with other beer brewing methods, the actual steps involved in brewing some porter a quite simple. First, the ingredients need to be gathered, which at their most basic will be dark malted barley, top-fermenting ale yeast and a good amount of hops. Following this, they need to be mashed, boiled, chilled and finally fermented for around a week.