Why Couldn’t Coors Be Sold East Of The Mississippi? – Illegal Coors Bootlegging history

Around the globe, in the present day, Coors beer and it’s many varieties including Coors Light and Coors Banquet Beer. As such, they are a brand that is greatly enjoyed by a wide variety of different people. However, for most of it’s history the company most known for its very light beer used to only do business on the west coast of America. Now there is a commonly believed assumption surrounding this. Without much evidence, many assumed it to be because it was illegal to sell Coors east of the Mississippi River. With this in mind though, you may be wondering why couldn’t Coors be sold east of the Mississippi. Additionally, you may also question how Coors beer bootlegging rose? If so, then below we’ll unique part of American beer history below will be explained.

Was Coors Beer Really Illegal East Of The Mississippi?

As a result of the film “Smokey And The Bandit” which starred Burt Reynolds and Sally Field Coors has something of a reputation for historically being illegal in various parts of America. This being because the illegal transportation of Coors beer otherwise known as Coors bootlegging is a key plot point. That said though, filmmakers will often make up and exaggerate things. Naturally then, this will likely lead you to wonder whether Coors has ever actually been illegal.

Created by German immigrant Adolph Coors in the late nineteenth century Coors had become a common go to beer beer drinker west of the Mississippi river. In the states east of the Mississippi river though, Coors didn’t have any presence. As such, this Coors exclusivity prompted smugglers to begin smuggling Coors beer across state lines into theses specific regions where it was unavailable. This being as a direct response to the scarcity and unavailability within these regions. As a result, within these states, Coors was very much a sought after product due to the feeling exclusivity this rarity fostered.

That said, it would be wrong to call Coors beers illegal within this historical context. However, Coors itself distribute their product east of the Mississippi, or seek national distribution until much later on within the twentieth century. Technically then, it wasn’t illegal to possess and drink Coors, although it’s sale and distribution within these regions wasn’t illegal. 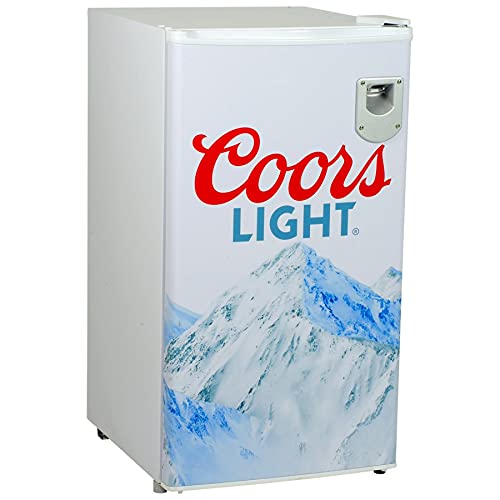 Why Could Coors Beer Not Be Sold East Of The Mississippi?

The reason that Coors was not sold east of the Mississippi is because these states did not issue alcohol permits. Additionally, Coors often did not pursue them due to how 1970s Coors was an unpasteurized beer.

Pasteurization is a process that involves the heating up beer in order to eliminate microorganisms. These being found naturally within Coors when it is in an unpasteurized state. As a result of this, pasteurized verses unpasteurized beers are significantly different in terms of shelf life with the latter being akin to milk in this regard.

Due to how quickly these unpasteurized beers like Coors spoil then, they will inevitably require pretty much constant refrigeration. As such, Coors beer before the late seventies was incredibly difficult transport and due to this fact was it was near enough impossible to distribute to more distant regions within the United States of America. Due to this then, Coors initially only sort to distribute their beer to locations within a short distance and instead opted to not sell east of Mississippi as a result.

Another reason though are the various different alcohol regulations, laws and statutes that different states have. Especially so, when talking about unpasteurized verses pasteurized beer. A key example of this is Oregon which had a specific statute place for over fifty years regarding unpasteurized beer. That said, this doesn’t mean that the possession of Coors in Oregon was illegal. Although, packaging unpasteurized Coors and selling stores would have been illegal at the time.

Where Does The Belief Come From That Coors Was Illegal?

As mentioned above, Coors beer wasn’t exactly something that was illegal in the states to the east of the Mississippi. However, as a result of various factors, Coors was often not distributed within these areas.

As mentioned above, the differing state regulations along with difficulties transporting unpasteurized Coors beer provides. These facts are of course all contributing factors to the belief that Coors beer once used to be illegal along with a variety of other reasons. All of which will contribute to how this idea came to pass.

As mentioned prior, one major reason for which is the film “Smokey And The Bandit”. The reason for this being that that the core of the film’s story is a pair truck drivers who are tasked by a rich business man with smuggling a truckload of Coors beer from Texas to Georgia. In the midst of this bootlegging adventure though, they truckers pick a runaway bride. Following which, they pursued by the woman’s fiancé and his sheriff father. As such, the link between Coors beer with an outlaw’s lifestyle is partially due to the plot of this film. 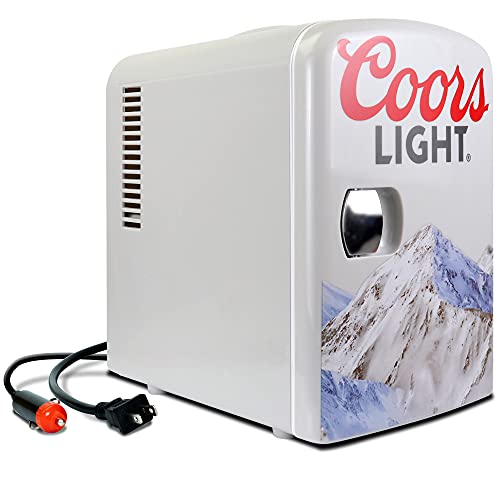 Answered – Why Couldn’t Coors Be Sold East Of The Mississippi?

Perhaps one of, if not the most popular beers in both America and indeed many countries around the world is Coors. As discussed above though many people believe that the this beer used to be illegal east of the Mississippi river. Although there are actually a variety of reasons that people believe this to be the case this is actually something of a misconception.

Coors themselves, did not actively pursue distribution in the states east of the Mississippi for most of the twentieth century. There are a number reasons why, but one reason for this is that different states regulations surrounding unpasteurized beer. This being an issue for Coors at since this the type of beer that they dealt in before the seventies. Another issue, with unpasteurized beer though is the fact that this type of beer needs to be under near constant refrigeration. The result being that the distance of distribution was greatly limited as this requirement made the Coors incredibly hard to transport.

Meanwhile, the film “Smokey And The Bandit” may have also contributed to this reputation. This being because Coors bootlegging is a major plot point of the of the film. Additionally. the fact that transporting it across state lines in large quantities would also be illegal. Although, this point is still true to this day and would be with any type of alcohol. Along with this though, the scarcity of Coors within certain states contributed to the mystique surrounding Coors.

This misconception is one that Coors isn’t exactly keen to dispel. The reason for this being that the popularity of this theory somewhat adds to the appeal of beers released under the Coors brand. As such, this reputation of Coors beer is likely one that will endure long into the future.

FAQ – Why Couldn’t Coors Be Sold East Of The Mississippi?

Strictly speaking Coors beer wasn’t illegal east of the Mississippi. This meaning that it wasn’t illegal to simply possess some Coors. However, for many years it was illegal to sell and package it within these regions. This being due to the fact that unpasteurized beer was regulated differently as it was considered unhealthy in many states. Additionally, it was also incredibly difficult to transport over long distances due to the fact that unpasteurized beer requires constant supervisions and will spoil incredibly quickly.

When was Coors allowed east of the Mississippi?

Coors beer hasn’t always had available nationally across the world or indeed even the United States Of America. As a matter of fact, it was not even easily available east of the Mississippi river for many years due to the issues around transporting and selling unpasteurized beer. However, eventually Coors began pasteurizing their beer. As such, it started becoming more readily available as these roadblocks were removed. The result of which is Coors started spreading eastwards around 1981.

Why was Coors beer illegal in Oregon?

Strictly speaking the possession of Coors beer was never illegal in Oregon. However, this now world popular beer use to only come in an unpasteurized form. As such, Coors couldn’t realistically pursue distribution east of the Mississippi. Even if they did though, the beer brand would have faced issues due to the fact that unpasteurized beer was considered unhealthy in Oregon. As such, whilst you could possess it for personal use, you would not be able to package it or sell it in stores within the borders of Oregon.